The official opening ceremony saw the six elite sailing teams receiving a rapturous welcome from the crowds as they took to the main stage in the Race Village. Speaking before the three official races began, Sir Ben Ainslie said: "Other than actually winning the America's Cup, this is by far and away the biggest deal for us. Winning last year in front of guys was incredible for all of us. That's why we compete; we want to do it in front of our home crowd. It looks like great racing and we're going for it!" 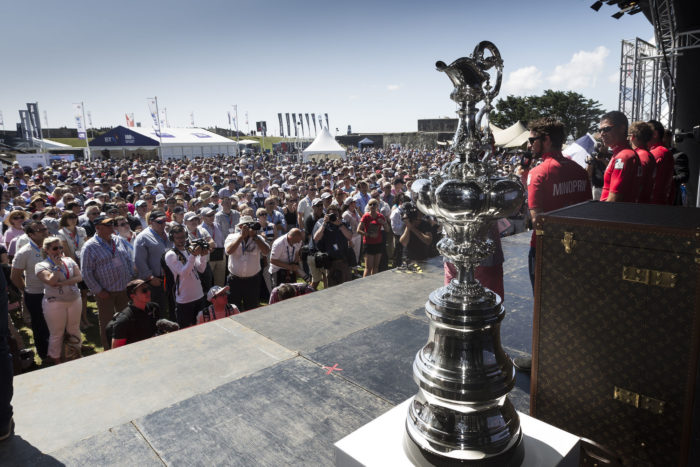 The thousands of visitors enjoyed the interactive activities in the Race Village, including the 45ft Royal Navy climbing wall, the awesome Blokart land yachts, circus skills and the Tech Zone, featuring an AC45 catamaran used by the sailors and the grinding challenge proving popular with both the sailors and the public. The Blades aerobatic team put on a stunning aerial display at 12pm and racing then kicked off at 1.30pm.

The first race proved to be a tough start for Land Rover BAR, with a photo finish seeing them end in fifth place. Sir Ben said: "It was very tight racing in quite light and difficult winds. We got caught out in the first race. We were in a strong position and then got stuck with Japan and both of us sailed ourselves to the back of the fleet from second and third which was really frustrating." 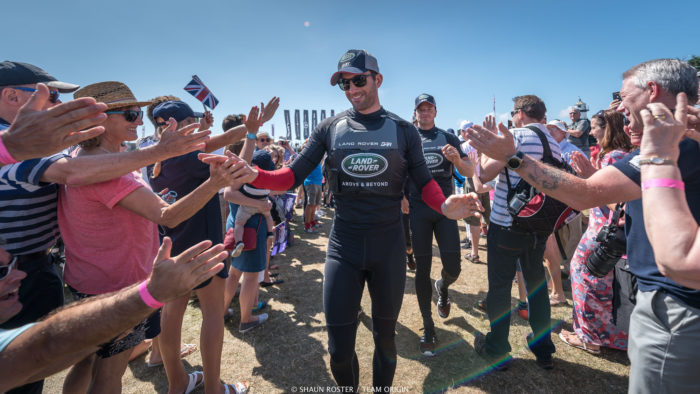 The team regrouped and then stormed to victory in races two and three to applause and cheers from the home crowds waving Union Jack flags. Land Rover BAR wing trimmer Paul 'CJ' Campbell-James said: "It is absolutely amazing looking towards the shore and seeing that many Union Jacks and hearing the cheers! It really pumps us up and we end pulling the ropes a bit harder and turning the drums a bit faster."

The racing action continues tomorrow and points are doubled on 'Super Sunday'. 'CJ' added: "There is even more at stake tomorrow and we just need to build on the momentum that we had today. Morale is really high and hopefully we can pull out all the stops tomorrow." The Race Village will be open from 10.15am for the final day of racing in the Louis Vuitton America's Cup World Series Portsmouth. 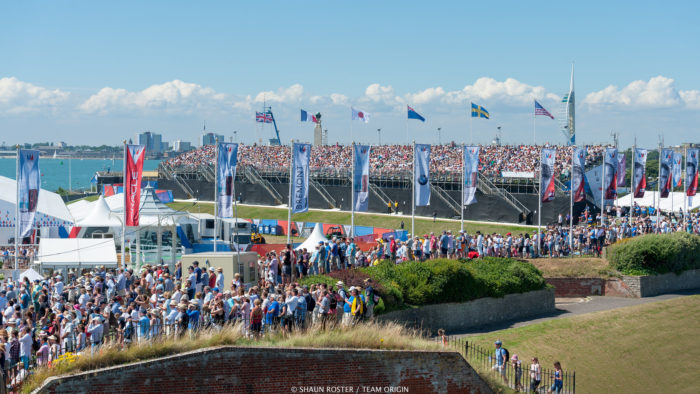 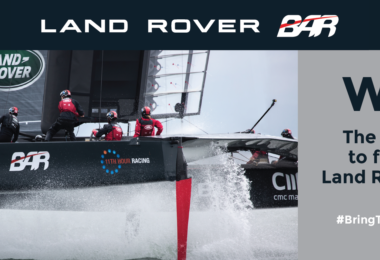 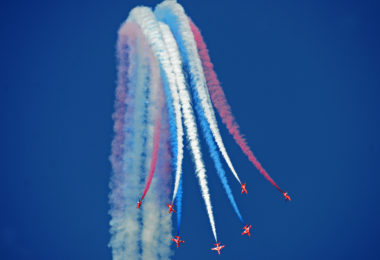 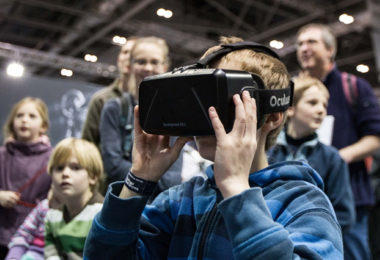 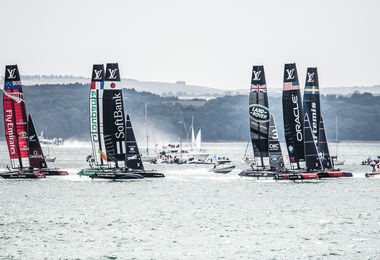 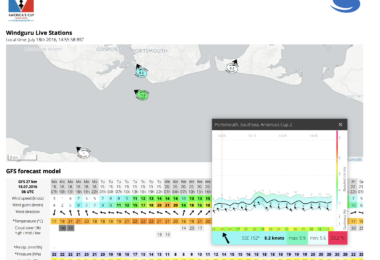 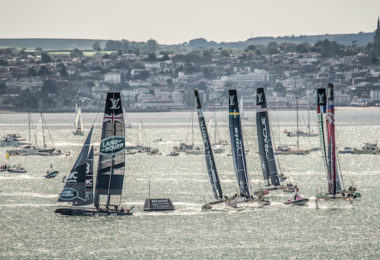